Civic Tech in the Global South

Assessing Technology for the Public Good

Civic Tech in the Global South is comprised of one study and three field evaluations of civic tech initiatives in developing countries. The study reviews evidence on the use of 23 digital platforms designed to amplify citizen voices to improve service delivery, highlighting citizen uptake and the degree of responsiveness by public service providers. The initiatives are an SMS-based polling platform run by UNICEF in Uganda, a complaints-management system run by the water sector in Kenya, and an internet-based participatory budgeting program in Brazil. Based on these experiences, the authors examine: i) the extent to which technologies have promoted inclusiveness, ii) the effect of these initiatives on public service delivery, and iii) the extent to which these effects can be attributed to technology. 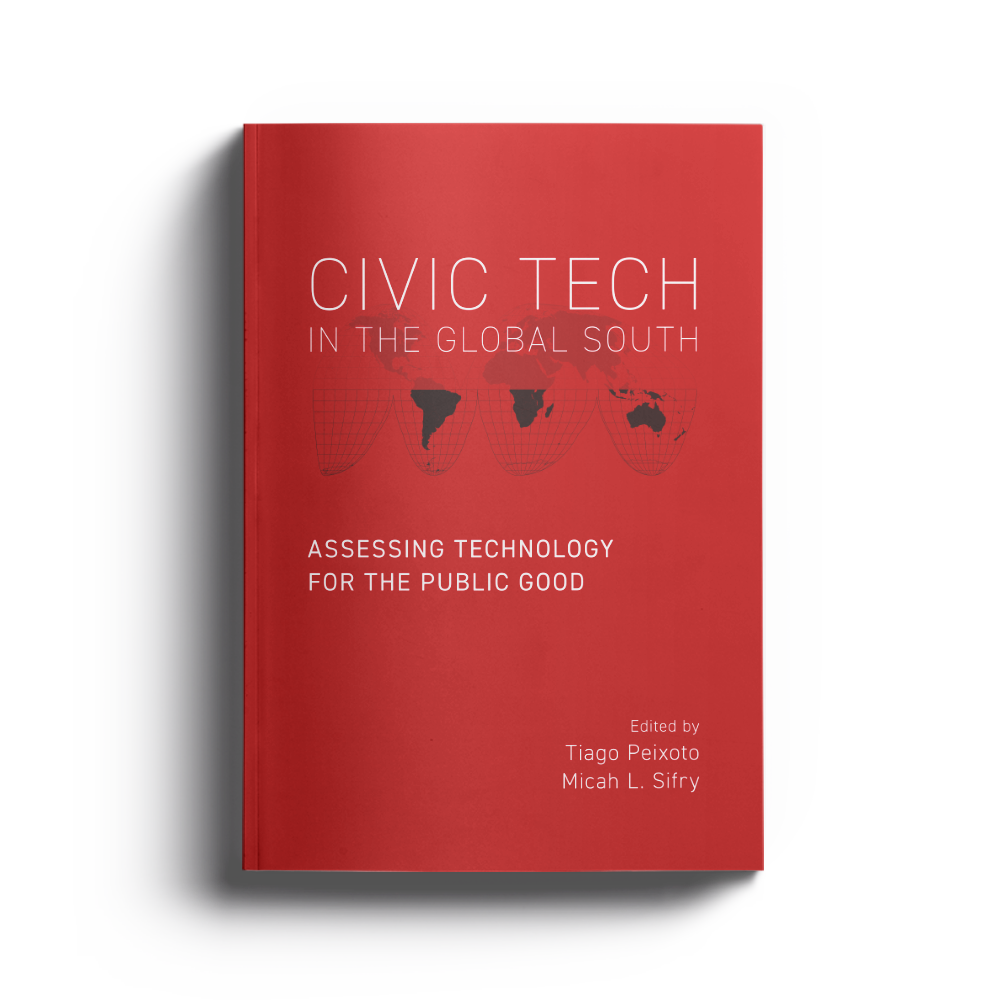 Beth Simone Noveck, a Jerry Hultin Global Network Professor at New York University’s Tandon School of Engineering and the Florence Rogatz Visiting Clinical Professor of Law at Yale Law School, is Co-Founder and Director of The GovLab and its MacArthur Research Network on Opening Governance. Beth focuses her research, teaching and activism on the impact of technology on public institutions and solving public problems.

Beth served in the White House as the first United States Deputy Chief Technology Officer and director of the White House Open Government Initiative (2009-2011). UK Prime Minister David Cameron appointed her senior advisor for Open Government, and she served on the Obama-Biden transition team. Among projects she’s designed or collaborated on are the Network of Innovators, Unchat, The Do Tank, Peer To Patent, Data.gov, Challenge.gov and the Gov Lab Academy.

A graduate of Harvard University and Yale Law School, she is chairing the 2017 Collective Intelligence Conference. She is a member of the Advisory Boards of the Center for Open Science, the Open Contracting Partnership and the EPSRC Centre for Precision Healthcare at Imperial College. She is also a Program Committee Member of the 2016 Conferences on International Open Data, Open Data Research, Data Science for Government, and the Data for Good Exchange. She was named one of the “Foreign Policy 100″ by Foreign Policy, one of the “100 Most Creative People in Business” by Fast Company and one of the “Top Women in Technology” by Huffington Post. She has also been honored by both the National Democratic Institute and Public Knowledge for her work in civic technology.

Beth is the author of Smart Citizens, Smarter State: The Technologies of Expertise and the Future of Governing (Harvard University Press, 2015), which will appear in Spanish and Russian in 2016; Wiki Government: How Technology Can Make Government Better, Democracy Stronger and Citizens More Powerful (Brookings, 2009), which has also appeared in Arabic, Russian, Chinese and in an audio edition, and co-editor of The State of Play: Law, Games and Virtual Worlds (NYU Press, 2005). She tweets @bethnoveck and writes on Medium @bethnoveck.

Ambassador Norman L. Eisen is a senior fellow in Governance Studies at Brookings, a CNN political commentator, and the chair of the government watchdog group CREW, which he co-founded in 2003. At Brookings, he has co-authored such reports as “The Emoluments Clause: Its Text, Meaning, and Application to Donald J. Trump,” “The Impact of Open Government,” and “Why Critics of Transparency are Wrong."

Eisen served from January 2009 to January 2011 in the White House as special counsel and special assistant to the president for ethics and government reform. The press dubbed him “Mr. No” and the "Ethics Czar" for his tough anti-corruption approach. He also advised President Obama on lobbying regulation, campaign finance law, and open government issues, helping to assure the most scandal-free White House in modern history.

Following his service in the White House, Eisen was the U.S. Ambassador to the Czech Republic from 2011 to 2014. He helped develop innovative anti-corruption and transparency strategies in cooperation with U.S. and Czech law enforcement and other stakeholders. Eisen also helped advance U.S.-Czech security and defense initiatives, and deepened economic ties between the two nations: During his time at post, U.S.-Czech bilateral trade almost doubled.

Before government service, Eisen was a partner in the D.C. law firm Zuckerman Spaeder LLP, where he specialized in litigation and investigations. His cases included Enron, the ADM antitrust case, the subprime financial collapse, the Whitewater investigation, and the 2000 and 2004 presidential recounts. He was named one of Washington's top lawyers by Washingtonian Magazine.

Eisen received his J.D. from Harvard Law School in 1991 and his B.A. from Brown University in 1985, both with honors. His book, “The Last Palace,” an account of the recurring struggle between democracy, communism, and fascism over the past one hundred years, is forthcoming from Penguin Random House. His writing has appeared in The New York Times, The Washington Post, USA Today, The Atlantic, Politico, The Guardian, Newsweek, and many other publications in the United States and internationally. He has been profiled in The Washington Post, New York Magazine, Politico, The Wall Street Journal, and Tablet. Eisen was credited by director Wes Anderson as an inspiration for the character of the crusading lawyer Deputy Kovacs in the 2014 film “The Grand Budapest Hotel.”

Dr. Chiara Bronchi is a Practice Manager for the Public Sector and Institutions and Financial Accountability and Reporting group in the Governance Global Practice of the World Bank. She leads a team of experts that provides technical and analytical assistance to the governments of Western, Central and South Africa on Public Sector Management, Public Administration, Public Finance and Fiscal Policy and Judiciary reforms as well as e-Government and Open government reforms. Dr. Bronchi has over twenty years professional experience in economic policy analysis, including macroeconomics and fiscal policy, public expenditure management and associated research with the British Government, the OECD, the IMF and the World Bank. Over 10 year field-based management experience in leading innovative operations to support economic development in poor countries with fragile and post-conflict settings in the Balkans, Central Asia and Sub-Saharan Africa. Dr. Bronchi holds a PhD in Economics from the University of Bologna, and an MA in economics from University College of London. She is the author of publication on fiscal and public expenditure policies.

Tiago Peixoto is a Senior Public Sector Specialist at the World Bank’s Governance Global Practice. Prior to joining the World Bank, he managed projects and consulted for a number of organizations, such as the European Commission, OECD, United Nations, Bertelsmann Foundation, and the Brazilian and UK governments.

Tiago also served as faculty member of The GovLab (NYU), Research Coordinator for the Electronic Democracy Centre at the University of Zurich and board member for Intelligent Digital Avatars. He currently serves on the board of Nossas, a Brazilian lab that equips citizens with cutting-edge technology to demand better policies and services, and sits on the advisory board of organizations such as the Participatory Budgeting Project and Our City Thoughts.

Featured in TechCrunch as one of the "20 Most Innovative People in Democracy”, Tiago holds a PhD and a Masters in Political Sciences from the European University Institute, as well as a Masters in Organized Collective Action from Sciences-Po Paris. A co-author of the United Nations e-Government Survey (2010), the UN’s flagship publication on digital government, he has published articles in a number of peer-reviewed journals, including UCLA Law Review, Journal of Information Technology & Politics, Electoral Studies, Public Administration Review, and British Journal of Political Science (forthcoming). He is also the co-editor and co-author of Civic Tech in the Global South: Assessing Technology for the Public Good. He blogs at DemocracySpot and tweets @participatory.